From the MACCLESFIELD EXPRESS Wednesday, May 19, 2021

A nature lover is hoping to help numbers of a threatened bird species take oﬀ in and around Macclesﬁeld.

Sarah Ledbury, 49, who lives in Rainow, has become an ambassador for Curlew Action, a newly- formed charity that aims to stop the decline in numbers.

The bird likes moorland habitat and can be found on the edges of Macclesﬁeld Forest and Goyt Valley near Lamaload Reservoir.

Over the past 20 years half the British population of Eurasian curlews – nearly 120,000 birds – has been lost and Sarah says this has become very apparent in the Macclesﬁeld area. So in her role as an ambassador she will raise awareness of the issue, monitor populations and get involved in ﬁeld work to protect the birds and their habitat.

Sarah, who works as a music teacher at Chapel-en-le-Frith High School, said: “Curlews are an important part of the eco-system and a bio-indicator.

”I have been monitoring a couple of local areas frequented by curlews over the past few weeks and have noticed a decline this year and last especially.

“I used to hear and see quite a lot of them, it shows the habitat is changing and the species is changing.

But, recent wet weather aside, a trend for dryer conditions and more land used for farming is seeing habitat lost.

An increase use of the land for dog walking – with dogs often oﬀ the lead – has also been a problem.

Now there are an estimated 30,000 breeding pairs left in England, which is a considerable fall.

And the Eurasian curlew was placed on the International Union for Conservation of Nature Red List of threatened species in 2015, due to population decline.

Sarah swoops in to save bird species under threat Sarah Ledbury, ambassador for Curlew Action and (inset) a Eurasian curlew 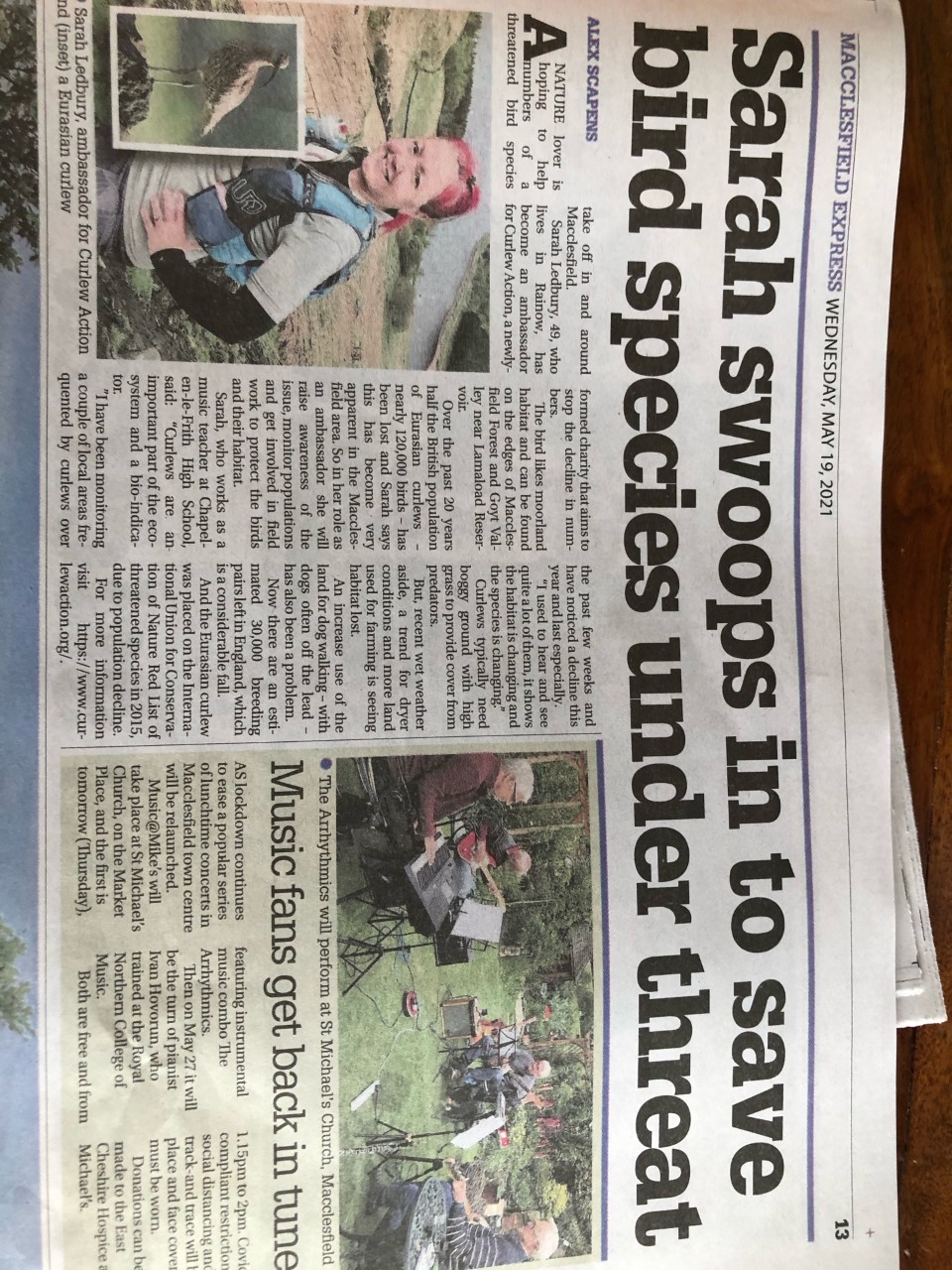