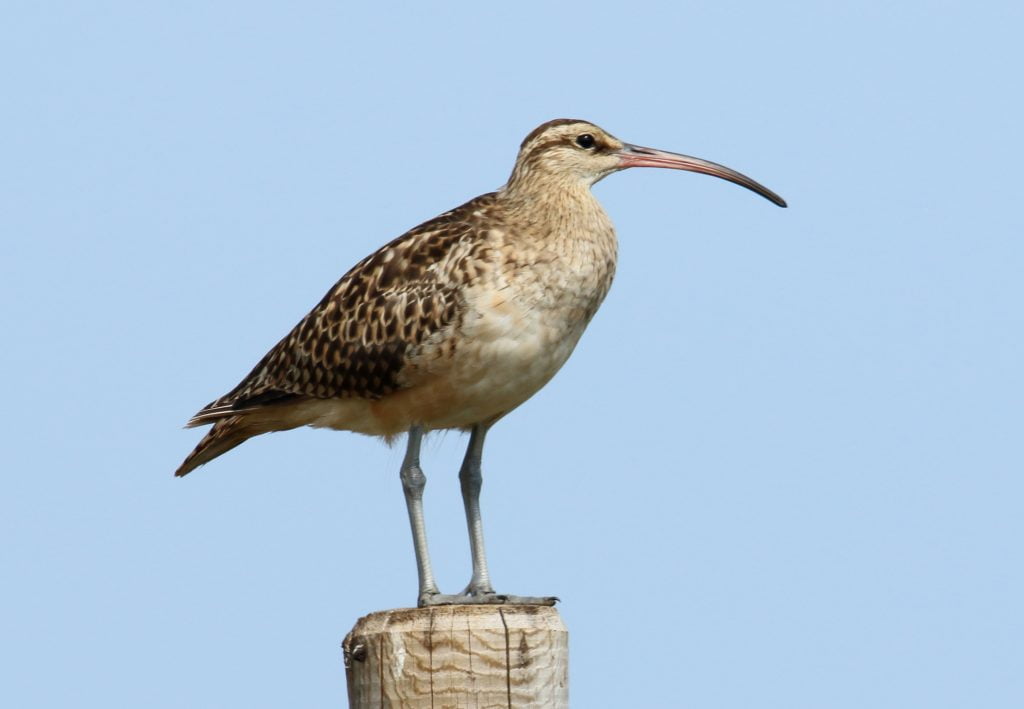 This species was first recorded on islands in the South Pacific in 1769, as its Latin name suggests (tahitiensis refers to Tahiti). It took 179 years and several unsuccessful expeditions to discover its nesting grounds, in the remote tundra of western Alaska. Similar in appearance to the whimbrels, Bristle-thighed Curlews can be distinguished by their buff colours, cinnamon rump, thicker bill, and the bristly feathers around their thighs.

They are the only shorebird to winter exclusively on oceanic islands and every individual makes two non-stop flights of at least 4,000 km between Alaska and the pacific islands every year. They are also the only shorebird known to use tools - having been recorded using stones to break through the thick shells of albatross eggs. Wintering on islands free of land-based predators allowed them to evolve a rapid moult which leaves them flightless for a period, however, when mammalian predators like cats were introduced to the islands, the curlews had no defence. They are classed as Vulnerable by the IUCN. The total population is estimated at 7,000 birds and is decreasing. Other threats to them include hunting and loss of habitat due to rising sea levels.