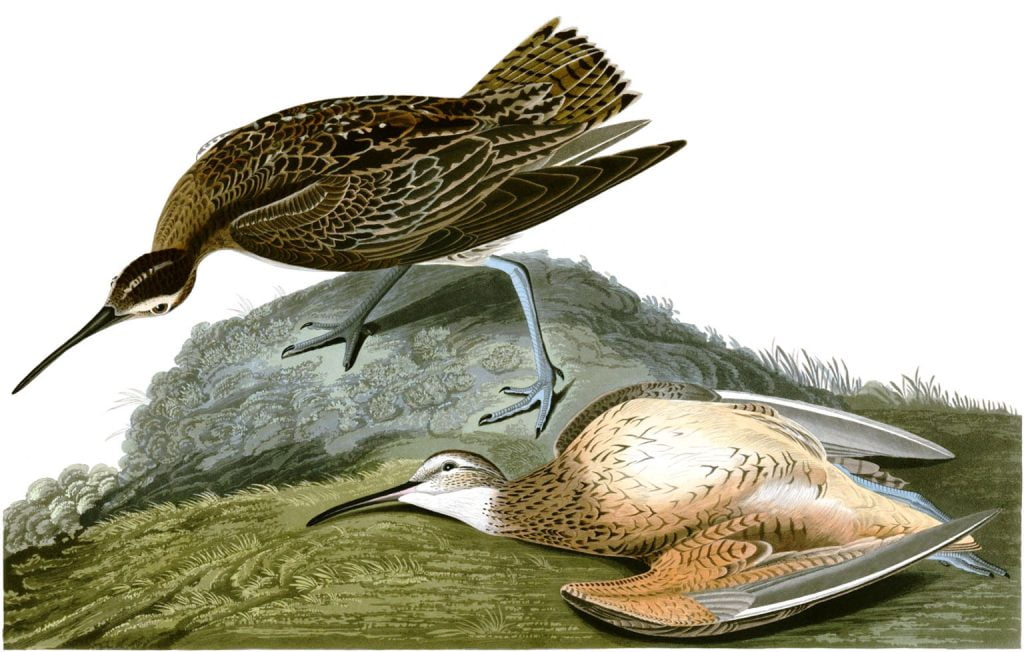 The Eskimo Curlew’s IUCN conservation status is Critically Endangered, Possibly Extinct. Sadly, almost certainly gone forever, the last confirmed report was in 1963 and the last reliable sighting was in 1987. Although there have been unconfirmed sightings since then, many of these are likely to have been cases of mistaken identity. They looked similar to juvenile whimbrels, distinguished in flight by their cinnamon wing linings and the unbarred undersides of their primary feathers.

They once bred in huge numbers on tundra in the far North of Canada. In the Autumn, they migrated to Newfoundland and the Labrador coast, where they would fatten up on berries, particularly crowberries, to prepare for a non-stop flight to the pampas of Argentina. Their return route in the spring took them further west, across the Great Plains, where they would feed on insects and larvae.

The main causes for their decline were massive overhunting and habitat change. The extinction of one of their major food sources, the rocky mountain grasshopper, was also likely to have played a part. They used to aggregate in large flocks and had no fear of humans, making it easy to shoot huge numbers of them. They were a delicacy, known as doughbirds, as they fattened up so much that when a shot individual fell to the ground, its skin sometimes burst open. Some highly social species of bird rely on having large numbers to breed successfully, and it is possible that once the population had declined by a certain amount, even though protective measures were put in place, the birds were simply unable to recover.