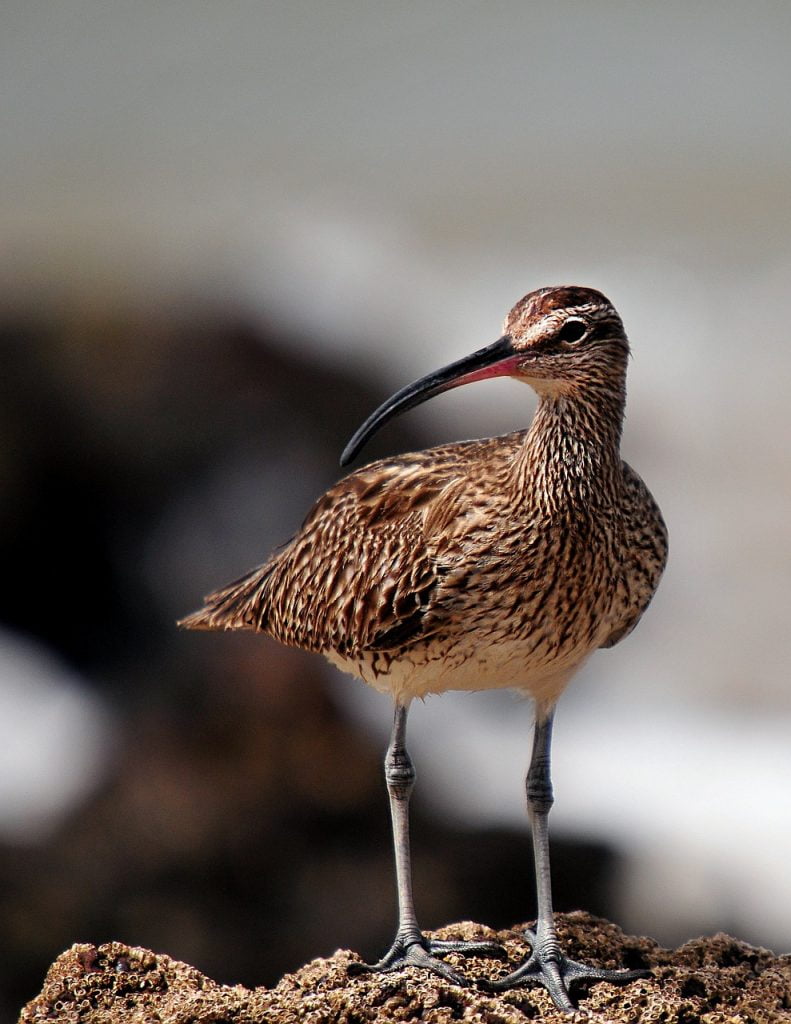 Besides the Eurasian curlew, the Eurasian Whimbrel is the only other member of the group regularly found in the UK. Though it is now considered a seperate species from the Hudsonian whimbrel it retains a huge range, breeding across northern Europe and Asia, from Iceland and Scotland to the Russian far east, and migrating to southern Europe, Africa, the Middle East, India, and Southeast Asia. The exact extent of breeding sites, wintering grounds, and migratory movements are still not very well understood.

The whimbrel is medium-sized for a curlew, smaller than the Eurasian curlew. They can be distinguished by the dark stripes on its head, and by the bill, which is shorter and only curves down towards the tip, unlike the curlew’s, which is curved along its whole length.

They breed on moorland and tundra, eating insects, snails, and slugs. When they migrate, they tend to be found on the coast, using their long bills to probe through mud and sand for crustaceans and molluscs. Whimbrels can be seen on migration across most coastal parts of the UK in Spring and Autumn, as well as on some inland wetlands.

In terms of conservation, their broad range means they are classified as Least Concern globally. However, their population is in decline due to habitat loss and climate change, and the species has been placed on the UK Red List of species of conservation concern.