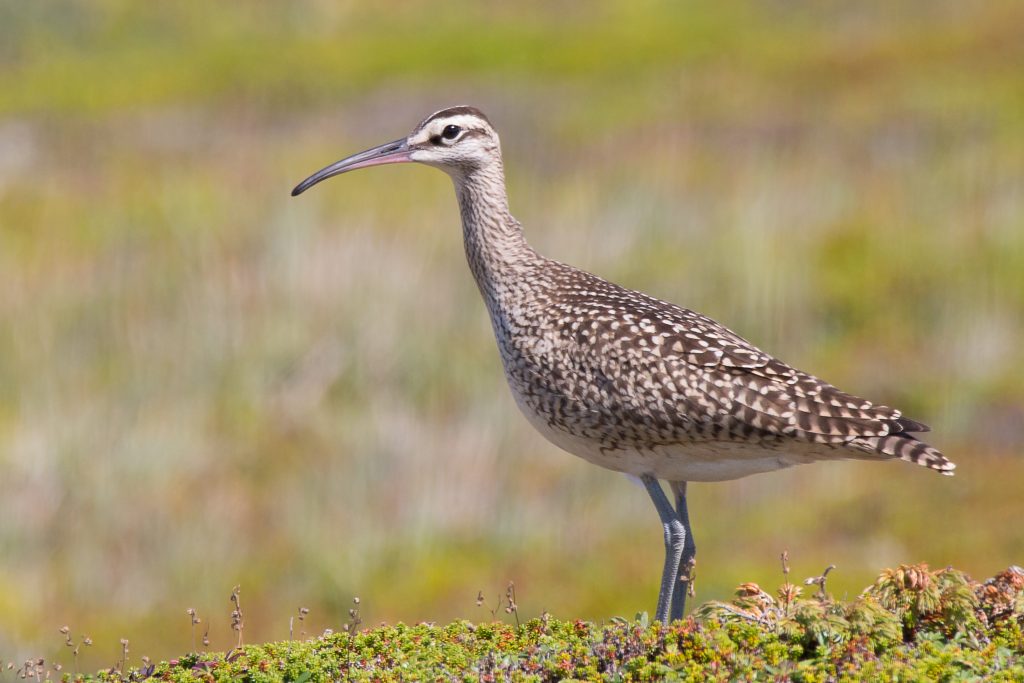 The Hudsonian Whimbrel has recently been recognised by the International Ornithological Congress (IOC) as a separate species from that found in the UK and across Europe and Asia, which is now officially called the Eurasian Whimbrel. For a long time these two were considered subspecies based on differences in their appearance and range, but modern genetic techniques have shown that they are distinct enough to be two species.

The Hudsonian whimbrel breeds in Alaska and northern Canada, on open tundra and bog habitats. They migrate south for the winter, largely sticking to coastal environments. Some spend the winter in the USA and Mexico, while others continue all the way to South America. Over the winter and on migration, they keep feeding territories where they probe through the sand and mud for marine invertebrates, such as crabs.

Hudsonian whimbrels can be distinguished from Eurasian whimbrels by their more contrasting head markings – the dark stripes through the eye and on the crown are darker, and the pale stripes between them are paler. In flight they show a brown rump and tail with no white patch, and the underwings also appear uniformly brown. As a recently recognised species, the Hudsonian whimbrel has not yet been assessed by the IUCN.