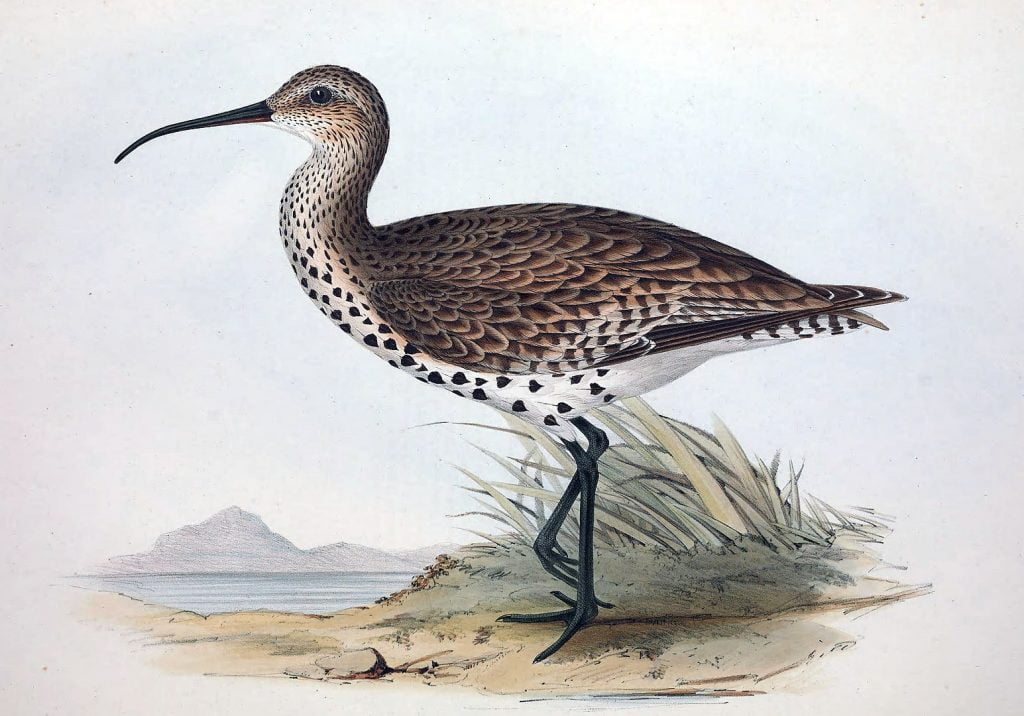 The Slender-billed Curlew is considered Critically Endangered, Possibly Extinct. There have been no sightings of any living individuals since the early 2000s. If there are any alive, then they are Europe’s rarest species of bird. Little is known about their habits. They are thought to have been fairly common in the nineteenth century, spending winters around the Mediterranean, nevertheless, for a long time it was not known where the species went to breed until a couple of nest sites were found in western Siberia, north of Kazakhstan, in the early twentieth century.

The cause of their decline is not well understood, but it is possible that the main factor was overhunting in their wintering grounds. Attempts have been made to protect whatever population might have remained at the end of the last century and the start of the new one, but they have had no obvious impact.

In 2017 a team of scientists performed some high-tech analysis on the feathers of preserved museum specimens and found that the birds’ main breeding site was likely to be further south than the ones documented, in the steppes of Kazakhstan. For some ornithologists this has provided a glimmer of hope that the slender-billed curlew may still be out there, and some still go out searching, hoping to see a small curlew with a shorter, more slender, and darker bill than most other species. Only time and countless hours of searching will tell.