UK Youth for Nature is the UK’s leading youth-led network calling on the politicians & governments of the UK to take urgent action and tackle the loss of nature. We are commissioning a series of murals in cities and towns throughout the UK that speak to individuals throughout all four nations. Driven by the power of the visual arts, these murals will highlight species and habitats, directly relevant to where they are painted, that are in decline.

The landscape around Manchester is home to a host of wildlife, the handful featured in our mural are a selection of the most vulnerable that need some support if we are to stop them from fading from our countryside. The aim of our ambitious project is to put pressure on politicians in the lead up to COP26 to commit to protecting nature and to increase awareness of issues surrounding local nature and biodiversity.

If you want to visit our mural you can find it here: M15 5TQ 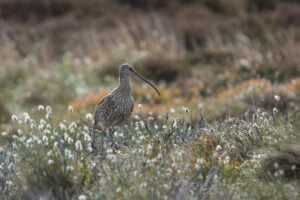 Haunting and eerie, beautiful and tragic, if you’ve never heard the call of the Eurasian Curlew you might not understand what all the fuss is about. Britain’s largest wading bird spends most of its time probing in the mud with its long sickle shaped bill. Brown and unassuming, they might not seem all that special, but the cry of the curlew, once thought to be an omen of death, has been inspiring poets since 1000AD! Here’s a link to an audio file that will give you an idea of why these birds are so precious: https://feeds.acast.com/public/shows/5e9b30129bfae3eb6cc3ac7b

But the population of this gentle creature is in a sorry state, the UK holds 25% of the global population, but even here we’ve seen a 60% decline over the last few decades. Changes in farming and a landscape catering to generalist predators means that curlew nests (which are found on the ground) are rarely able to raise chicks to fledging. A study recently announced that an extra 10,000 more 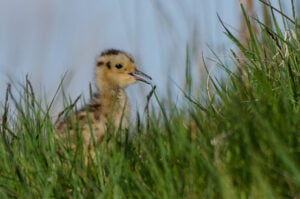 chicks a year are needed to be produced, just to maintain the population…

Curlews are worth protecting in their own right, but It’s bigger than just saving one species, curlews are bioindicator species, which means they represent the overall health of the habitats they’re found in. Their decline across the UK is a sad indication of what’s happening to our wildlife.

The slow and somewhat erratic flight pattern of the large heath butterfly can be seen over open areas of bogs and damp acidic moorland. Laying their eggs on Hare’s Tale Cotton Grass gives the larvae a place to hide from predators and from the cold. When temperatures drop in late September, the larvae hibernate deep in the base of the cotton grass tussock where they can briefly survive being encased in ice! 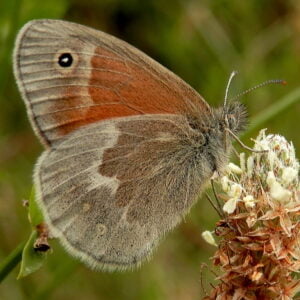 The eyespots on this species vary considerably, those in the south have very distinctive spots while those in the north have

almost no spots at all. Did you know that there are several benefits to having eyespots? They can make you look like something bigger than you are (that a bird probably wouldn’t want to eat), and they deflect attacks from predators away from the main body (ever seen a butterfly with bits of their wings missing? Well the butterfly wouldn’t be here at all if the attacker had taken a chunk out of their body!).

The drainage of their habitat for industry and agriculture has led to a decline in this species, making them a priority species for conservation efforts. 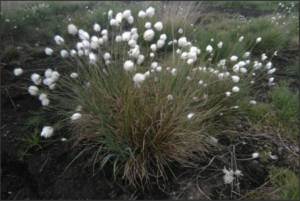 Sometimes known as bog-cotton, Hare’s Tae Cotton-Grass is a beautiful addition to boggy heath and moorland. We’ve already heard how important they are for large heath butterflies, but didyou know that during WW1 cotton-grass seed fronds were used as wound dressing for injured soldiers? 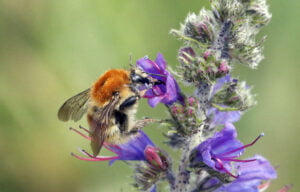 A recent study showed that 80% of children in the UK can’t identify a bumblebee, let alone a brown banded carder bee! Thriving on open, flowery meadows these busy fellas are one of only three ginger bees in the UK (the completed trio includes the common carder and the moss carder). This crib sheet by Stephen Falk will help with identification In the wild:  Carder Bee Crib Sheet | StevenFalk | Flickr

Sadly these red headed little guys are threatened by habitat loss due to intensive farming. Britain is in the northern part of their distribution, meaning they are less well adapted to local conditions than their southern relatives. This makes them extra sensitive to habitat changes here. 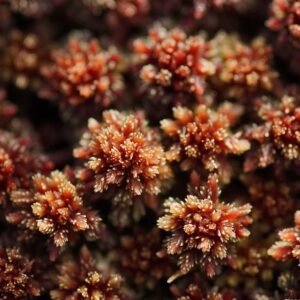 Moss isn’t generally something we think of as being particularly charismatic, but if you look closely, you’ll see a beautiful miniature world of intricate patterns and structures. Not only do sphagnum mosses carpet our heaths, marshes and moors with living colour, they are vital in the creation of peat bogs. They can soak up more than eight times their own weight in water, meaning they hold water long after the surrounding soil has dried out. This prevents dead plant material from decaying and this organic matter gets compressed over long periods to form peat. 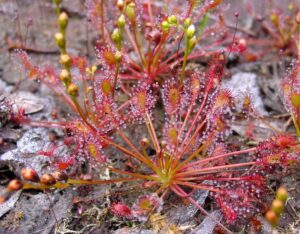 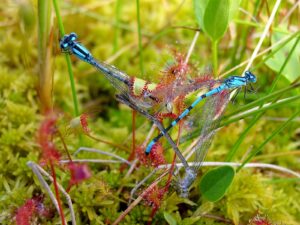 Those long tentacles aren’t just for show, each of them ends with a sticky gland, perfect for catching unwitting insects that stray too close. Once the unlucky insect becomes stuck, tentacles nearby coil around it and smother it. Mosquitoes are abundant in the sundews favourite habitat and can form a significant part of their diet. Though their deadly secretions can kill most trapped insects in about 15 minutes, the assassin bug has developed an immunity, meaning they can hide inside plant and take advantage of the luckless victims…

The primary threat to sundews is loss of wetland habitat.

Protecting wetland habitat around Manchester means supporting not only the struggling species in our mural, but also of countless other native species that make up the British landscape. Thank you Curlew Action for supporting our work to have this mural painted and for helping us to raise awareness about the fight to keep Britain’s countryside biodiverse.